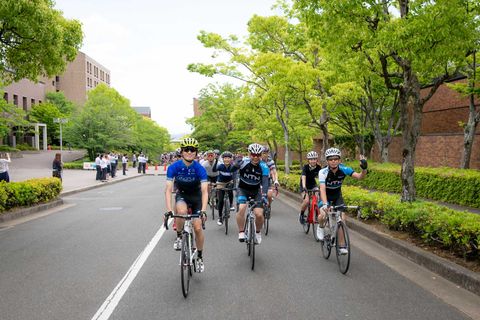 The second stage of 2019 Tour of Japan started the ceremonial ride at Fugenji Fureai no Eki (shop) in Kyotanabe city, Kyoto and went through Kyotanabe campus of Doshisha University on Monday, 20th May.  The actual race course is 105 km in total, 6 laps of 16.8 km per lap, started from Fugenji Elementary School and finished at Keihanna Plaza in Seika town, Kyoto.
After the actual start, several attacks were seen, and in the end of the first lap, Shotaro IRIBE (SHIMANO RACING TEAM), Daiki YASUHARA (MATRIX POWERTAG), Philippo ZACCANTI (NIPPO – VINI FANTINI – FAIZANé) and 4 other riders made an attack from the peloton, formed a breakaway and crossed the finish line of the first lap.  The time gap to the front group was 1 minute and 20 seconds, when the peloton got into the second lap. 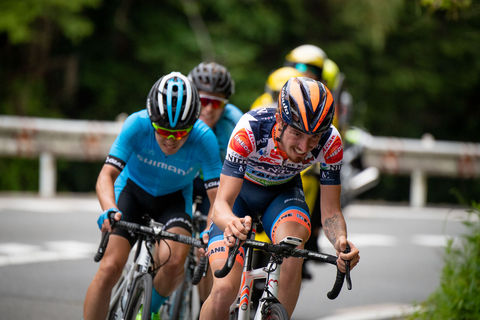 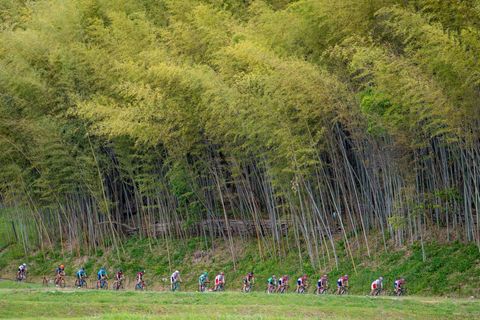 When the survival battle of three riders in the break was going on, the peloton speeded up to catch the breakaway.
When the last lap began with 1 minute 15 seconds time gap, it looked like no strategy in each team and all riders just pedaled with full gas.  Even the gap to the break was getting shorter, when the peloton was in the last corner of the course with only 15 seconds time gap, three riders in the front made it to pull away from the peloton with a spurt and to finish the race.  The winner of the 2nd stage goes to Ayden TOOVEY (TEAM BRIDGELANE), followed by Shotaro IRIBE (SHIMANO RACING TEAM) with the same time as Ayden’s and Philippo ZACCANTI (NIPPO – VINI FANTINI - FAIZANé) with two seconds behind.  The peloton finished just 9 seconds behind. 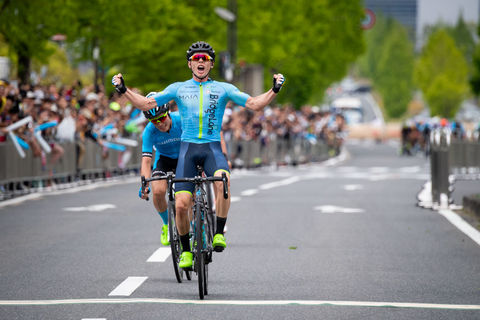 Ayden TOOVEY (TEAM BRIDGELANE)
“Definitely, it was a tough race today and good course.  It is my first time in Japan and I enjoy the race so far.  The breakaway was all strong riders and I managed to escape from the peloton.”
Philippo ZACCANTI (NIPPO – VINI FANTINI - FAIZANé)
“It was great that all riders in the breakaway tried to cooperate to escape from the peloton.  But I feel sorry to my teammate, because I could not win the race today.  Anyway, I won the King of Mountain Classification and it should.
ニュース