The final day of the Tour of Japan, condensed into three days, took place on the traditional Oi Futo (Oi Warf) circuit, making 16 laps of 7 km. The flat course, with almost no elevation changes, was expected to produce high-speed battles, and the final sprint for the finish line is always one to watch. 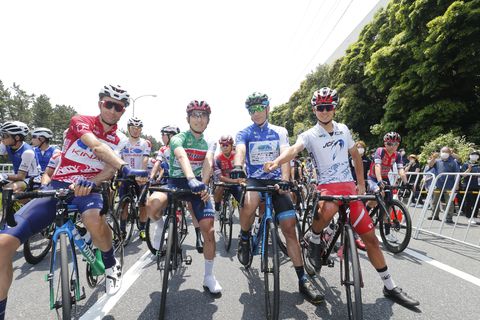 After the race neutral of 3.8km, the real start was set. As expected, the battle of attacks began immediately. However, it was only 3-day race and riders seemed to be still fresh, so that there was no decisive breakaway. The first sprint point at the end of the fourth lap was passed by a group of riders at high speed.

A breakaway of five riders was finally allowed to take the lead, leaving a 29 second gap to the peloton and allowing the race to settle down. The five riders were Kohei YOKOTSUKA (TEAM UKYO SAGAMIHARA), Shotaro WATANABE (NASU BLASEN), Hayato OKAMOTO (AISAN RACING TEAM), Aoki KAWANO (YOWAMUSHI PEDAL CYCLING TEAM) and Marino KOBAYASHI (MATRIX POWERTAG), and crossed the control line with a 34 second time gap. In the main group, UTSUNOMIYA BLITZEN kept the front and controlled the race completely.

The race remained perfectly calm, with a breakaway group of five riders going straight through the sprint point at the end of the 12th lap. At this point, Nariyuki MASUDA (UTSUNOMIYA BLITZEN) was in a strong position to take the GC win if he stayed in the peloton together with Thomas LEBAS (KINAN CYCLING TEAM) at the finish.

With three laps to go, the focus of the race was shifting to the hunt for the stage win. From a breakaway group of five looking to break away, Aoki KAWANO (YOWAMUSHI PEDAL CYCLING TEAM) and Marino KOBAYASHI (MATRIX POWERTAG) attacked. The main group was still under the control of UTSUNOMIYA BLITZEN, who appear to be reluctant to push too hard because the GC win was in sight. There was no action from the other teams, who were looking for a stage win.

The break of two riders were on the last lap with a 40 second gap to the peloton and the breakaway was almost succeeded. They did not keep in check each other, but work together for a stage win. It was now a two-man sprint for the lead as they came out of the final corner with 300 meters to go. Aoki KAWANO (YOWAMUSHI PEDAL CYCLING TEAM) went front and pushed on to take his first stage win in the Tour of Japan, a huge victory for his team and himself. 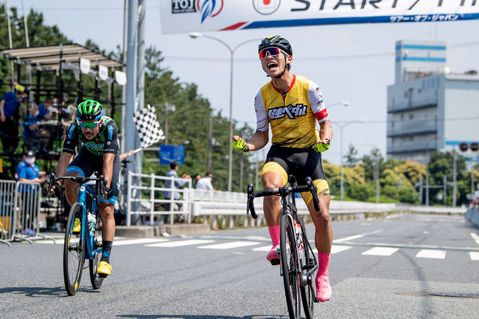 Naruyuki MASUDA (UTSUNOMIYA BLITZEN), who has been confirmed as a member of the road race national team for the Tokyo 2020, became the second Japanese rider to win the General Classification title in 17 years, and the first since the 8th edition in 2004.

“I won the stage; I am very emotional. I had been preparing for the Tokyo stage and I was in good shape. At first, I thought it would be impossible to break away, but after the two of us broke away and the time gap didn't close, I knew I had to go for it and I made up my mind. I'm a sprinter and I thought I could win this race, so I went from the back as hard as I could. From now on I will try my best to win other international races in different countries.”

“Yesterday was the toughest stage of the three days, but luck was on my side and I'm happy to finish the last day in the leader's jersey. My main goal for this season is the Tokyo Olympics. I'm determined to work hard together with my teammate, Arashiro-san as a Japan national team member. I am really looking forward to the day when the situation in the world calms down and we can meet fans again at the race venue.”

“I managed to keep the white jersey. I thought that the Fujisan stage on the first day would decide who would win the Young Rider Classification, so I adjusted to make my performance best for it. Now I'm looking forward to racing in the Nations Cup and other international races, where I hope to do even better.” 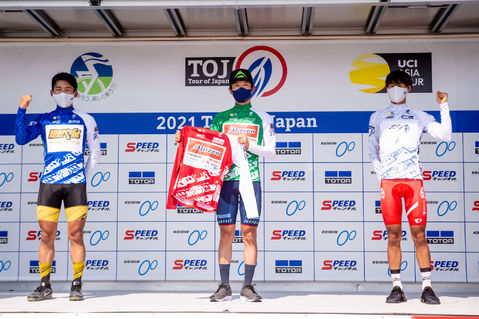